Mini-reviews of all the books I read in 2022

Don't worry, I'm a university student. There's not that many. Wilder Girls Rory Power ⭐ ⭐ ⭐ Thrilling and brutal. I was absolutely absorbed into this chilling, cruel, atmospheric world. I loved the element of body horror, it was gripping in an awful way and it was so brilliantly compelling. The ending was a huge let-down, though. I hope there's a sequel published at some point, because absolutely nothing was resolved. Payback's a Witch Lana Harper ⭐ ⭐ ⭐ ⭐ This was an absolute delight. A romcom that is both poignant and funny, it perfectly balanced the romance and the main plot, giving equal development and depth to the descriptions of the magical tournament, Emmy and Talia’s growing relationship, and Emmy’s struggle with her conflicting feelings towards the hometown she never thought she’d want to return to. I highly recommend it for anyone who enjoys fluffy romances and/or urban fantasy, since it perfectly caters to both. Malibu Rising Taylor Jenkins Reid ⭐ ⭐ ⭐ ⭐ ⭐
Post a Comment
Read more

I miss being a kid and not knowing better

January 29, 2023
Ah, nostalgia. This blog feels like a cemetery, inhabited by the ghosts of all the past versions of me. It feels so bizarre to read through my old posts, to see my old self still alive and thriving, curled around the words like smoke. The 15-year-old who felt misunderstood, the 16-year-old writing her novels and thinking about the future for the first time, the 17-year-old discovering herself and finally feeling confident in who she is, the 18-year-old facing adulthood and university in the middle of a global pandemic – all those versions of myself live on in this blog. None of those aspects are who I am anymore, and therefore I find it hard to decide what to do with this old site. I'm usually tempted to just take it down, to save my posts onto my hard drive for posterity and scrub its existence off the internet. But something always stops me – sentimentalism, I suppose. This blog was such a huge part of my life for so long, and I'm just not ready to let it go. I miss it. I mis
2 comments
Read more 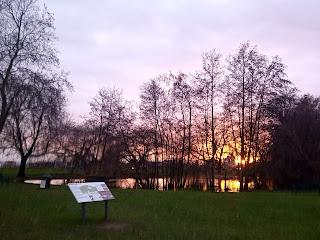 2021 is finally over and the only thing I can say is.... what the everloving FUCK was that Anywaysss let's ignore the fact I spent like 80% of this year in a constant state of anxiety and existential dread and focus on the good things that happened instead! In chronological order:  - I celebrated my 19th birthday... in lockdown 😬 It was still a pretty cool day, I went for a long, really relaxed walk in the park with my mum and I got to have hot chocolate and caaaake  - It snowed in February! I love snow so much, it's enough to make my entire year lmao. Staring out at the snow falling and making the garden so pretty while I sat in online lessons (yawn) was so cool  - I finally got to see my friends a lot after lockdown; I felt like I got a lot closer to some of my old friends, as well as making a lot of new ones  - I had my first relationship! (And my first breakup a few months later but shush) - My mental health was shite the entire first half of the year but I got through it
2 comments
Read more
More posts